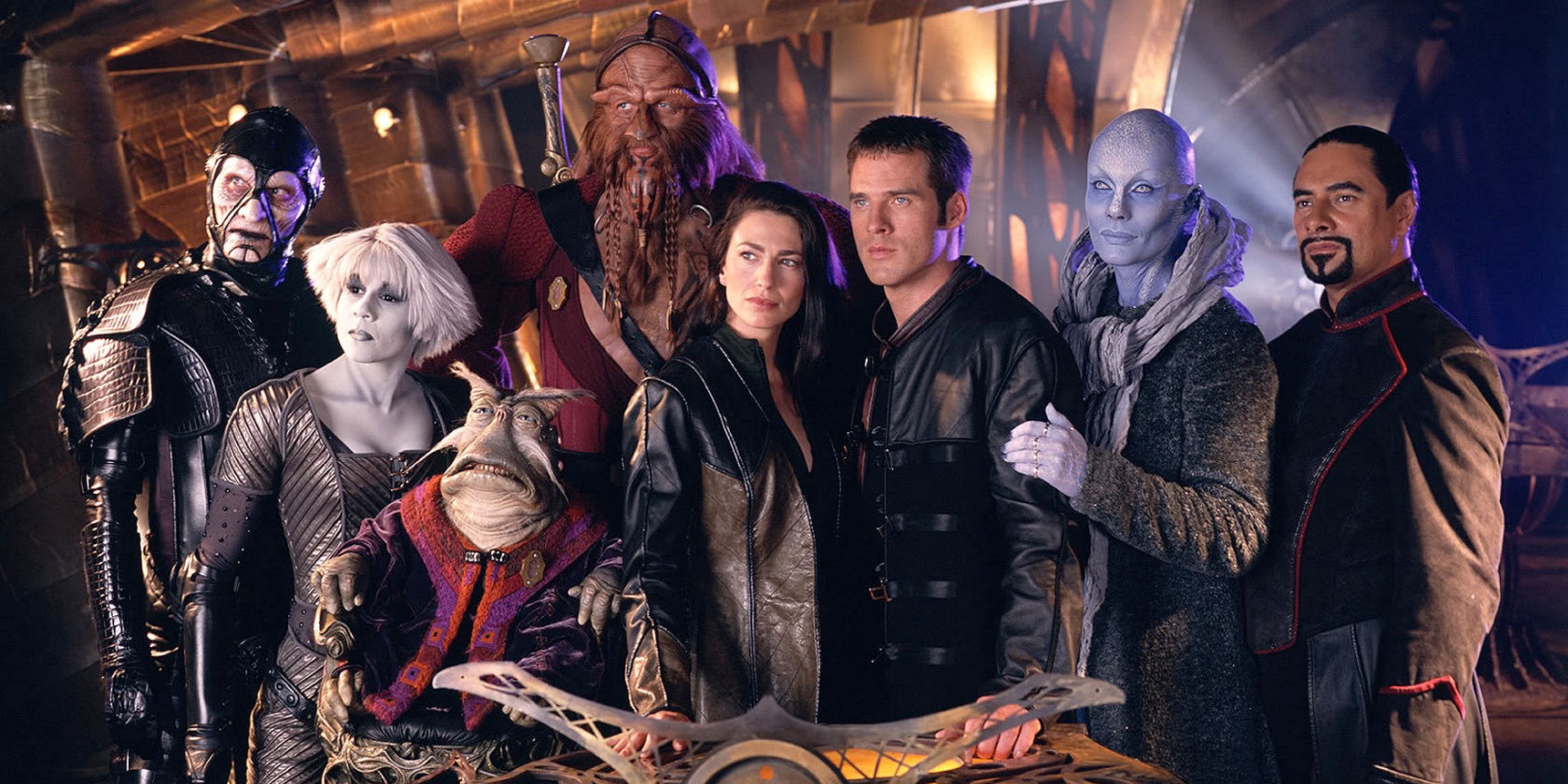 The television show Farscape originally premiered back in 1999, and I bought a couple of season boxes around the same time and binge-watched every minute of them.

It was an vexing experience at the time.

For some odd reason the season boxes had no subtitles and I often had trouble keeping track of what everyone was saying. I had watched all the seasons of modern Star Trek on VHS without subtitles and it was fine there. Patrick Stewart and his acting colleagues spoke so clearly that I never lost the thread. Farscape, on the other hand, sounded more muddled. Maybe they spoke faster, or the music was louder. Either way, I gave up after those two seasons.

That’s why it was great news when Amazon Prime announced that they had picked up this old science fiction show. And now with English subtitles too? Excellent!

I have now rewatched all of the first season. To be honest it doesn’t hold up that well today. It’s nowhere as bad as e.g. Space: 1999 or Blake’s 7 – both of which are quite excrutiating to watch today – but there are still a number of issues now 20 years later.

Welcome to a new blog theme.

This is a continuation of my previous blog that started in 2015, only with all new posts. I’ve found this to be a much better solution than importing the blog posts from my previous theme. A lot of time would have been spent adjusting text, paragraphs, links, plugins and a ton of other stuff.

Also, keeping the previous posts in the old blog theme also means they can be viewed in the style in which they were originally written. A perfect jump back in time with no compromises.

My name is Jens and I live in Denmark. My passions are PC games, chip music, and sometimes even philosophy.

I used the handle JCH of Vibrants in the demo scene of the C64 back in the 80's and 90's. I was a coder/musician, created several music editors, and composed a lot of chip music.